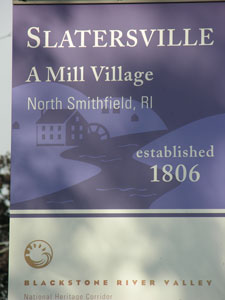 The Slatersville Mill Village was the first planned mill village in America.  In addition it was the first American village built solely for the purpose of producing cloth.  Slatersville Village became the "model" for industrial villages in the Blackstone River Valley & New England in the 19th century.

Located on the Branch River, just south of the Slatersville Reservoir, in present day North Smithfield, Rhode Island, Slatersville was formed in 1803 when Samuel Slater and his brother John, in partnership with the Providence firm of (William) Almy and (Obadiah) Brown, purchased the land and began construction of a textile mill.  By 1807, the village included the Slatersville Mill, the largest and most modern industrial building of its day, two houses for workers, the owner's house and the company store.

When the original mill was destroyed by fire in 1826, it was replaced by the large stone mill which stands across the street from our office today.  Behind the 1826 mill stands a stone mill of similar design built in 1843.  The mills were powered by water from the Slatersville Reservoir which is about 170 acres in size.

Slatersville Green was designed and laid out in 1838.  This traditional New England Village Green was and still is the center of Town today.  Many of the houses around the Green were built by the Slater Company in 1810-1820.  They were substantially renovated in the 20th century to make Slatersville look more like a traditional New England Village.

The Congregational Church, a Greek revival building topped with a three stage belfry, stands at the head of the Village Green.  John Slater's house is located just behind the church, to the right on School Street.

The Slater family owned Slatersville until 1900 when it was sold to T.R.Hoope who used the mill to bleach and dye cloth.  In 1915, Hoope sold the village to industrialist Henry P. Kendall.  The Kendall Company called Slatersville home until the late 1950's or early 1960's when most of the textile companies and associated supporting businesses moved to the southern United States or went out of business.

Currently, a $ 40 million dollar project is proposed to renovate all the existing mill buildings into a combination mixed use community.  Small retail and service businesses are planned for the first floors with luxury water view condo apartments proposed above.

Those of us who love the village are looking forward to this project, which the developers have promised will be histroically correct on all exteriors with a walking tour and historical signage throughout the property telling the story of the site and village.

Although Pawtucket, Rhode Island with the original one building "Slater Mill" is known and accepted as "birthplace of the American Industrial Revolution" the Slatersville Village is really where it all started, at least in the eyes of those of us who live and work here. 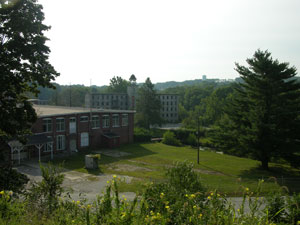 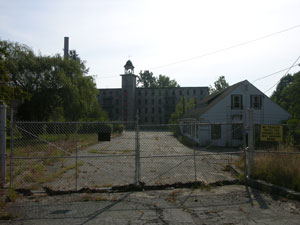